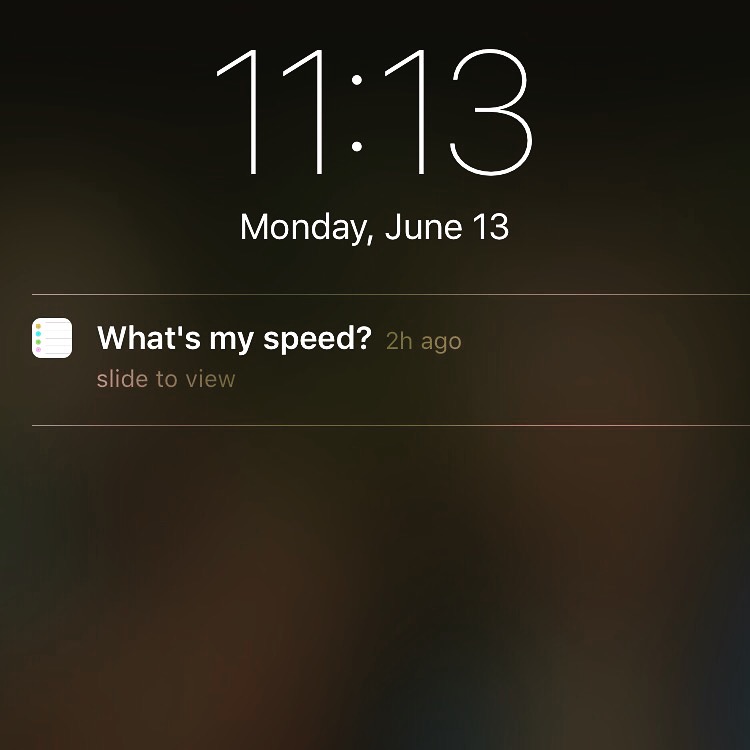 { This was written and originally published on Facebook on June 13, 2016 }

It’s been a year since I decided to get faster. Since I decided to get serious with improving my running. My Self. When my friend Ann told me to set an alarm on my phone for a year from that day asking myself, “What’s my speed?” I set it, but didn’t know what to expect. At that point, the fastest I could run was about 7mph on the treads for my all out. I felt like I would never get any faster. I was still running 14min/mi and dreams of a sub-40 5k were just that – dreams.

Fast forward one year. Not only have I shaved nearly 10 minutes (TEN!!!!!!!!!!) off my 5k PR time in the past year, but I’ve maxed out on the treads at 9.6mph for my all out speed, nearly a 3mph improvement. I’m insanely proud of all I’ve accomplished, but it’s still a little surreal to me. It just shows what time and perseverance will do. Progress, no matter how slow, is still progress.

While you’re in the thick of it, it’s so hard to see the big picture. Looking back on the past year, I am filled with an indescribable feeling. I am beyond grateful for this journey and so very blessed with the people who have guided me through it with their never ending support. The journey goes on – and the alarm is reset for the next year.