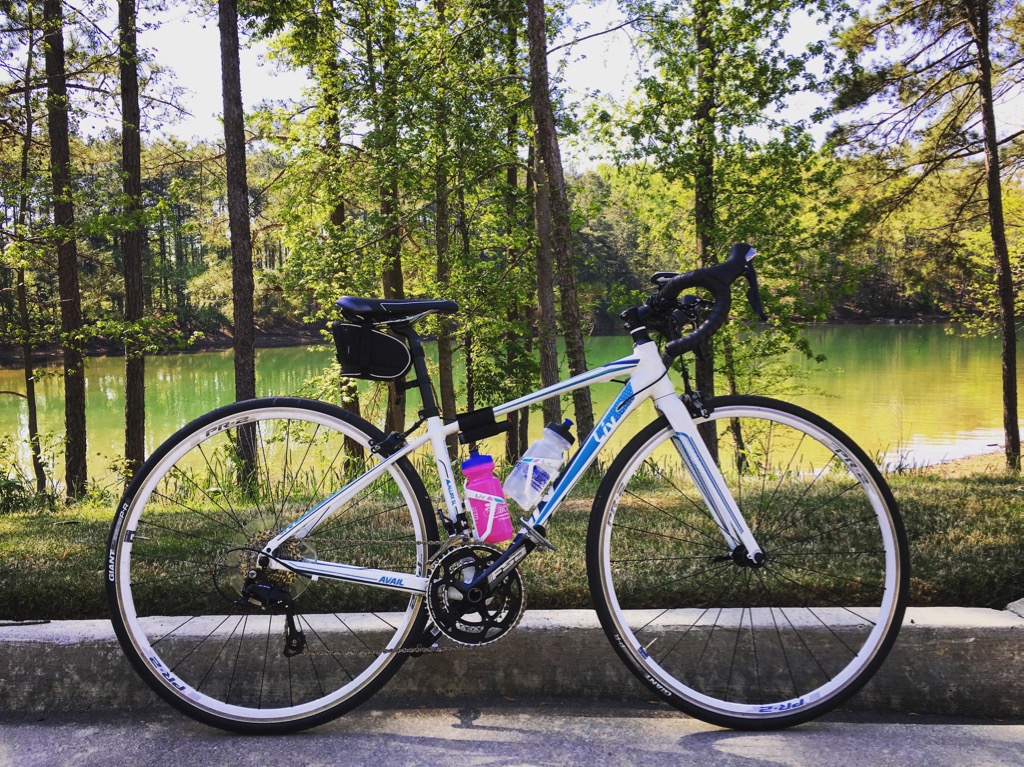 I needed a fairly close place to ride one day in April, and based on the recommendations of a friend, I decided to go check out Lake Lanier Islands Park in Buford, GA. I had never been there before, but my friend said it had some good hills and wasn’t too large of a place, so I could make as many loops around as I wanted with the time I had and get some decent elevation. Looking at the map, I knew it would have some pretty nice views, but it was even prettier than I thought, and despite the dreaded  hills (I got nearly 1000 feet of elevation in in just over 10 miles), it was a really relaxing place to go.

What’s nice is that you can park just outside the park, get on your bike, and ride on in without paying any vehicular fees. It IS road cycling, but the roads are very low-to-no-traffic. I passed more cyclists than cars in the hour or so that I was out there.

I am definitely in better cycling shape now than I was back in April, so I look forward to going back again once school is back in session for the kids (it won’t be as crowded with people heading to the water park) and giving it another go-round.