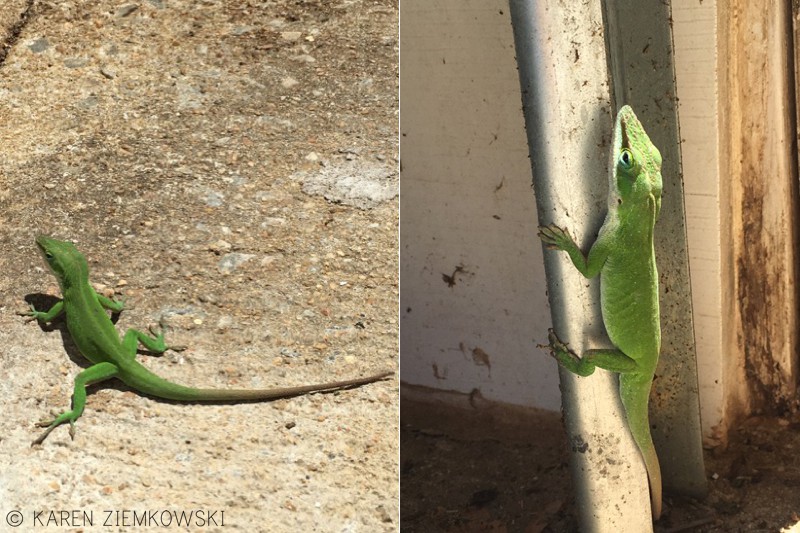 HI GUYS! Yeah, it’s kind of been a while!  My last post was back in April, and it’s August now. I didn’t mean to take a blogging hiatus, but it happened… summer was BU-SY! We had a lot of fun this summer – the kids had camp, we traveled to Florida to see friends and family, and we spent a lot of time building legos, hanging out, and staying out of the heat. Georgia summers are no joke. It is HOT. And of course, I spent plenty of time at the gym, on my bike, and ran a couple 5K races.

I have a lot to catch up on, but I thought I would start with a fun post, because you guys know I can’t resist these cute little guys. Living in Florida, lizards were always my favorite, but we don’t see them too often here in North Georgia. This little one was spotted back in April. The kids and I were playing in the driveway, and he showed up in the garage! Such a treat.

Since then, I saw one blue tailed skink, “skinking” up the side of the house, just last month, but I haven’t seen any other of these adorable little creatures. I’m sure they will all go into hiding once fall and winter come, so hopefully the boys and I will have the chance to see another lizard before summer is over.

Blog board designed with Fundy Designer.