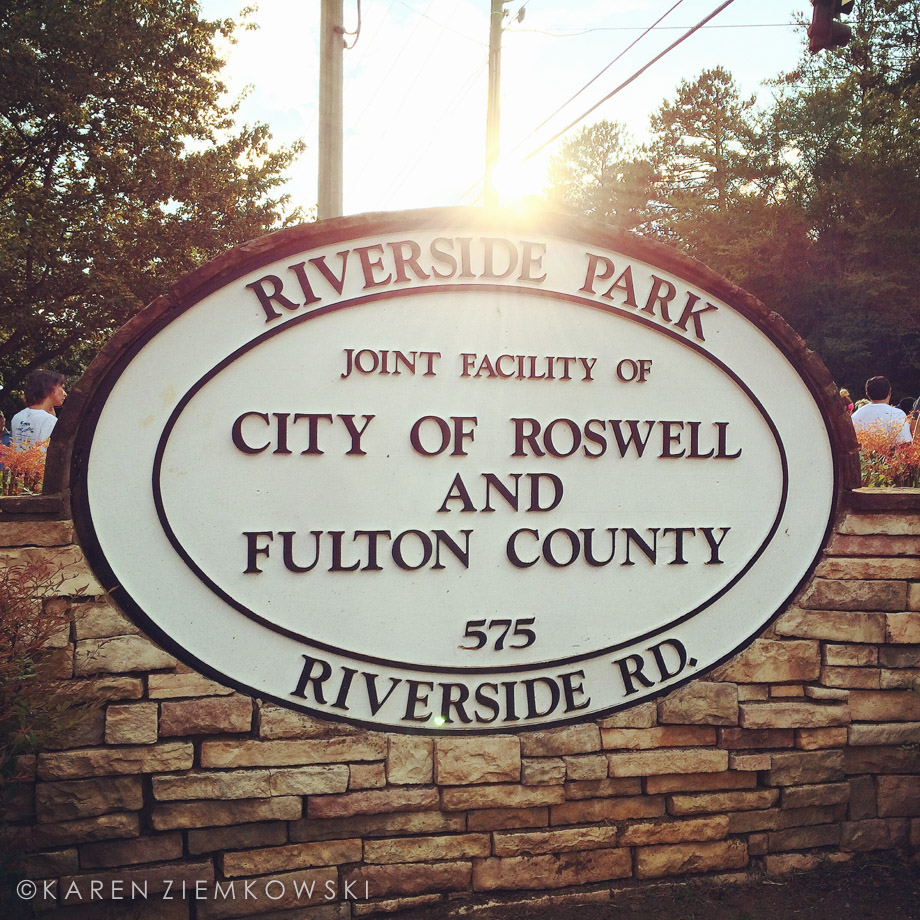 I wrote most of this post back in September, and never finished it! I meant to use it as a way to review the Terrestrial 5K that I ran with my friend Kelly (and her friend Lexi- who happens to be a photographer, too!) way way back in August! This 5K was an alien-themed 5K that took place at NIGHT at Riverside Park in Roswell. I maintained a great pace (for me) and was so happy to beat my last 5K PR time, with a new time of 42:26.

Additionally, it was about 90 degrees out, and the last race I PRed at was the Tamarac Turkey Trot in South Florida (flat road… and 55 degrees outside on Thanksgiving Day), so while yes… I am still “slow”… I consider this to be a big deal for me! I really enjoyed this event… despite the heat… the course was simply beautiful to run through, and it was pretty flat considering Atlanta…. and they had some great post-recovery food afterwards. Nutella on a bagel? Sign me up for next year! LOL. Here are a few photos.

I hit a couple of other running records in August and September as well, before I pulled my hamstring and had to take 2 months off running to allow it to heal. Most notably, a new 1-mile run PR of 10:27. I never imagined I could ever run a ten-minute mile. EVER. If I went back to middle school and told myself that I would one day not only run a mile, but do it at a “respectable” pace…. I would have laughed. I’m still in disbelief that I actually did it! Amazingly, I managed to shave TWO MINUTES off of my 1mi run PR over a two month period. Additionally, I got a record 2 mile time of 25:35.

Additionally, in September, before messing up my knee/hamstring, I also made some great progress on the rower, reaching 264 watts, completing 500m in 1:45, and completing a 150m row in 29 seconds while maintaining a wattage OVER 250 watts. Wow!

I’m still planking, though not as much as I was before. However, the last time I tried a long plank was in September, and I held a plank for over seven minutes. 7:05, to be exact. BOOM! I really want to get back to this again, because Peak Performance Week is coming up soon, and I totally have a chance at maintaining the longest plank if I can get back into practice.

Finally, I did end up reaching the 20lb weight loss mark in the past month and still have about fifteen more to go. Super proud of everything I have accomplished so far!