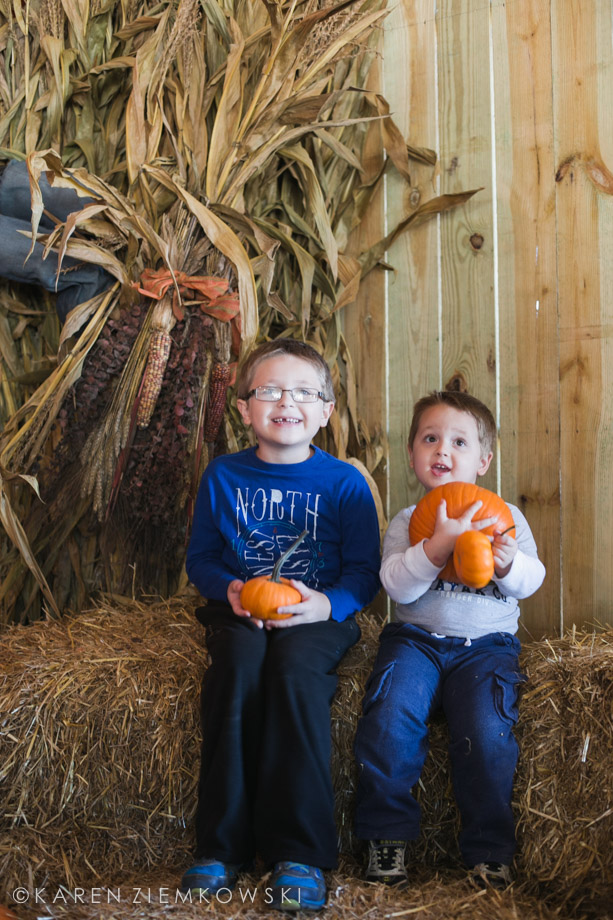 Hi, it’s November, and I haven’t blogged in a month. Oops. Partly because I just haven’t felt like it, and partly because my new iPhone 6s is not cooperating with downloading all of my phone photos into my photo-editing app, Lightroom! I’ve had to find an alternate way to download my photos… and I’m still not quite sure if it’s working properly.

Well, I do have a lot to catch up on, but for now, I thought I would post a little Halloween recap.

I know it’s been over two weeks since Halloween, but GUESS WHAT?! The beauty of having a personal blog is being able to post what you want whenever you want to post it… so… too bad. You are getting Halloween pics NOW! LOL. Fall has been incredible though (despite the 11 days of straight rain we recently had), and I look forward to sharing some more of our experiences here.

But for now…. Halloween!

A week or two before Halloween, we went to a pumpkin patch at a local farm, which the kids enjoyed.

On Halloween, we had a REALLY busy day! I went to Orangetheory early in the morning to get in my 6th workout for “Hell Week” which is an annual OTF tradition! Just like last year, I dressed up in my orange tutu. It was a great way to start my morning!

Next, we got the kids dressed up and ready to go out. Zachary dressed up as the 11th Doctor from Doctor Who, and William was Batman! They were both so adorable! Adrian got tickets for us to the Atlanta Symphony Orchestra this season, and they had a wonderful family program on Halloween. The kids were encouraged to dress up, and they had activities to participate in. The youth orchestra was there with an “instrument petting zoo” so the younger children could touch and try to play some of the instruments. Then, the ASO performed songs from Star Wars, Harry Potter, Fantasia, and more. All of the musicians were dressed up in costumes, too.

Here is a bigger version of the Orchestra after their performance, so you can see the costumes better. The kids loved Princess Leia right there up front!

When we got home, it was time to get ready to go trick-or-treating. Zachary’s costume especially was a huge hit among all of the high school girls that were trick-or-treating. They all thought he was so cute and were “melting” over him! It was awesome! The kids both had a great time trick-or-treating and got tons of candy! While Adrian and I walked around with the boys, my parents hung out at our house and passed out candy to all of the kids in the neighborhood. They loved being outside in the cool air. William is still obsessed with the idea of Halloween and can’t wait for next year. It is definitely his favorite holiday!

They got TONS of candy… this is just a small sampling… and it was different from what we used to get in Florida. No gum, less lollipops and Nerds, and NOT ONE SINGLE Pixie Stick! I could not believe it.  I love Pixie Sticks. Either way, it was way too much. They loved it though.. and so did I. Haha!