This is a copy of my Runkeeper log to show what the trail basically looked like. I don’t know if there was a bit of a GPS issue or if I started the timer a bit late, but for some reason it only registered as 3.01mi, though it was definitely a 5K (3.1mi).

Also, my chip time showed my average as 17:20/mi, with my official finish time being 53:45. I am very proud to have made it in under an hour, as there was definitely a lot more walking than running, and the course was full of hills, roots, rocks, branches, and did I say hills?? 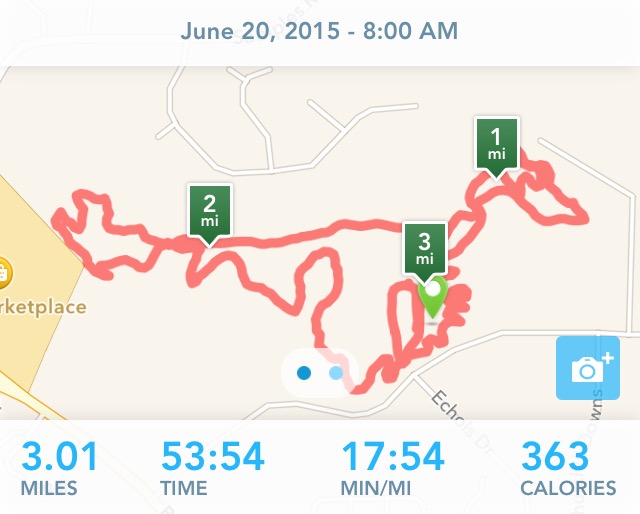 Since moving to Atlanta, I’ve learned that my knees and hips don’t like hills. After my first two 5k races here, where I injured my hip and lower back going up the hills too hard, I’ve learned that I just have to be careful now so I don’t have another injury – even if it means that I will probably never PR again on an outdoor race… unless I go back to Florida! Ha ha.

Additionally, hill work on a treadmill is absolutely nothing like trying to run on an incline in real life… Real life hills are so much more intense!!! Needless to say, it was a challenge, since I could really only run on the flatter sections, and I basically walked everything else.

The first mile wasn’t too bad, though there were lots of turns and rocks/branches on the ground to hop over and around. I got there faster than I thought I would. The second mile was much harder. The hills increased and there was an entire portion out in bare sunlight where we were going over rocks. JUST ROCKS. I honestly have no clue how anyone was running on that, I would have most definitely killed myself if I didn’t walk. Some people did, though – they flew past me. As for the third mile, we went into a very pretty part of the park that I hadn’t gone into when I visited last week. The third mile was probably the most enjoyable for me because it had some of the flatter trails and was more free of roots and rocks compared to the first two miles. I was able to jog a lot more during that final mile and really enjoyed myself. I’m just thrilled I didn’t come in last! 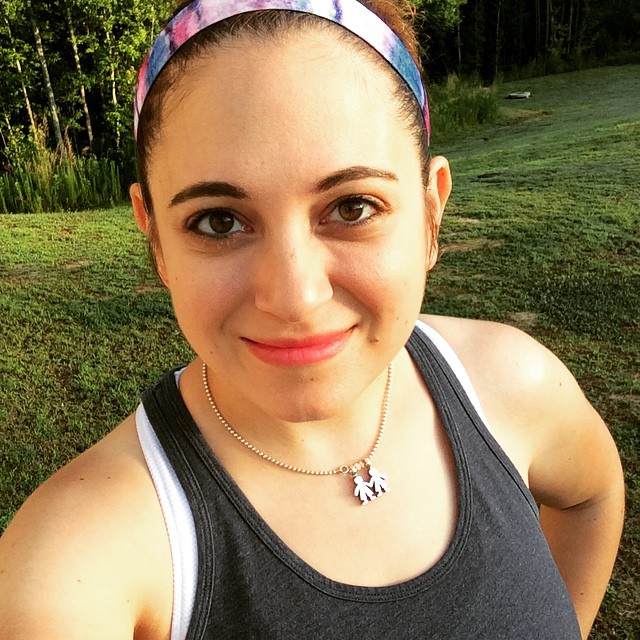 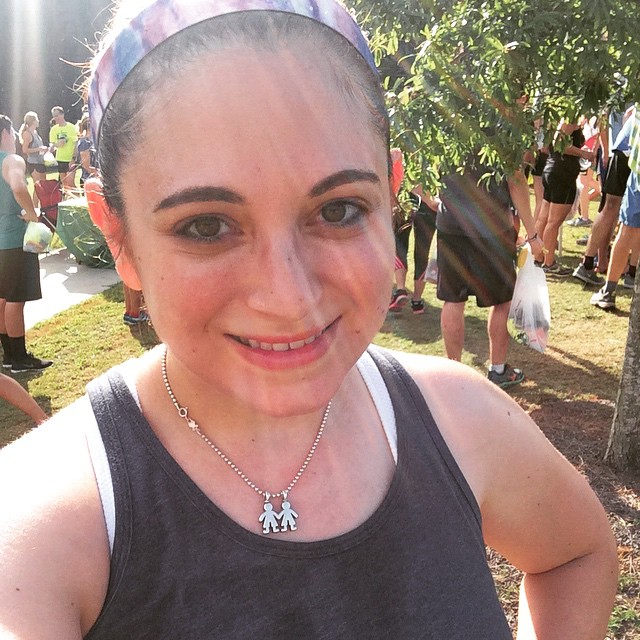 Of course, I’m crazy, so I signed up for another one of these things for next month up at Sawnee Mountain Preserve. It looks like it’s an even more difficult incline (why do I do this to myself?!), plus it’s 4 miles, just a bit longer. I typically don’t ever go longer than about a 5k when I’m out walking/jogging, so that’s new for me too. I’m sooo in for it. But that’s okay, I’m all about getting out of my comfort zone with these, even if I come in last! Looking forward to getting out there some time in the next few weeks to check out the trails so I know what I’m getting into!