As a blogger, it’s easy to fall into the same patterns over and over. It’s easy to fall into a rut. I find myself browsing Pinterest or making lists of ideas that I might like to write about to make things more interesting, because I tend to get bored easily. If I feel that way, then others must, too.

Back in the “olden days” of LiveJournal, audio posts became pretty popular, and they were a fun way to break up the monotony of straight journal style blogging. I remember doing several of those about 10-15 years ago and probably still have my files saved somewhere! It was always such a process because I’m such a perfectionist. While I never used a script, I often found myself recording the same post over and over until I felt that it sounded exactly right. I do the same thing with my voicemail greeting. 😉

In all of my years of blogging (since my mid-teens), I realized that I have never done a vlog. Sure, like everyone else, I’ve uploaded random video clips to YouTube to share with family and friends – but never made a real vlog post. It’s always been something I’ve been interested in, but never got around to doing it – or even felt a bit shy about it, which is kind of silly, considering there are waaaaaaay nerdier people out there vlogging! Haha. And many of them are probably taking their vlogs with them to the bank, too!

My son Zachary happens to be a huge YouTube fan and we do watch some fun lifestyle vlogs together. I also subscribe to a few channels and have often wished I had the confidence to do my own vlogs.

Well, this year I think that’s going to change. Hopefully I don’t feel too dorky doing my first ever vlog, but I’m planning to make at least one just to try it out. There’s no excuse, especially with how easy it is to record and edit everything on the iPhone. I know it’s something that Zachary and I will have fun doing together, and I think this year would be a great time to start as a way to record our memories of South Florida, our life here, and the process of moving our family to GA and getting used to life in a new state. I’m excited about this!

Are there any other fellow bloggers out there reading this who have made the leap to vlogging? If so, I would enjoy hearing about your experiences or any tips!

It’s not a post without a picture, so here’s a cool shot of a beautiful sky we had a few weeks ago: 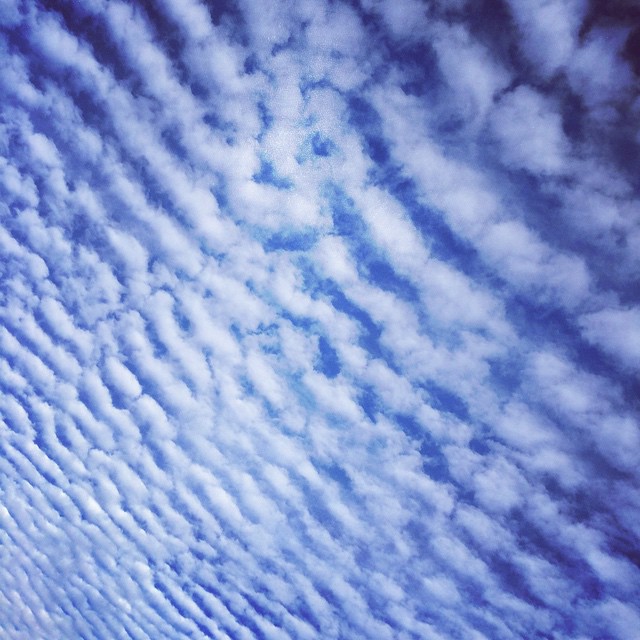 1 thought on “Getting out of a blogging rut”