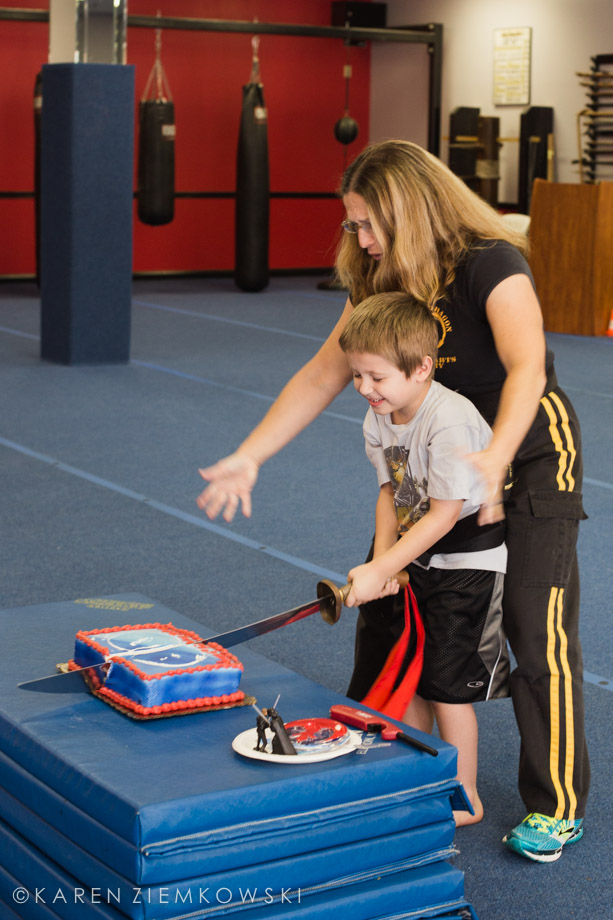 I have had this blog post brewing for a while now. I know, I haven’t been a good poster lately, but that doesn’t mean I don’t constantly swing back to my old Livejournaling days and have a post running through my head at all times. I do. Most of them just don’t get posted.

November is a busy month. I wasn’t feeling well at the beginning of the month, William had a weeklong virus, I had to prep for Zachary’s birthday party, I’m a little (lot?) behind on my photo editing, and I’ve been frantically cleaning for my parents’ visit home from Georgia this week and I’m still not done (sorry). Not to mention, Zachary’s official birthday is on Friday, and I haven’t had a chance to wrap his gifts, write his card, figure out what I’m doing for his cake (because he’s asked me to bake him something special… and I have my own version of the classic “Bones” from Star Trek line running through my head, “I’m a photographer, man, not a cake decorator!”) but I’m going to try to do it all. Oh, and did I forget we are taking family pictures on Saturday? Yes, we are. I have outfits for everyone except my husband, and he’s been working 90 hour weeks at his company and hasn’t had time to shop. So there’s also that.

I realize I’m going to be blogging out of order (I still haven’t posted a picture from Halloween… blah) but I’ve had this one in my head for a few days, and I want to get it down. It’s a long post, so thank you if you make it all the way through.

This week has been an interesting one so far. As I mentioned, it’s Zachary’s birthday week, and he is turning 6 years old. He hit a major milestone on Friday the 14th, a week before his birthday, when he lost his first tooth at school. Apparently, the tooth just popped out while he was on the playground, fell in the sand, and he couldn’t find it. His teacher wrote a wonderful note for him to leave for the Tooth Fairy explaining that his tooth came out on the playground, and he tried to find it, but couldn’t. The Tooth Fairy left him $10 for this first tooth. She was excited to go play on the monkey bars while looking for the little tooth at school. I was sad not to have the tooth to save (my mom still has all of mine), but well, he’s got 20+ more!

I felt a little emotional seeing my baby for the first time without his tooth! He was very excited about this huge milestone and decided that he deserved celebratory ice cream. Who was I to disagree?! 🙂 I think he looks adorable! 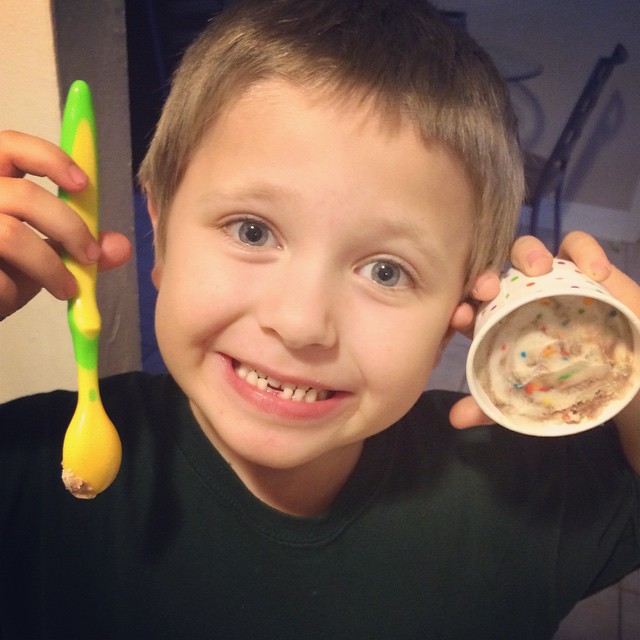 Over the weekend, we had Zachary’s birthday party at his Karate school. I am not a party planner at ALL (every party we’ve ever had, my parents have planned for me. I’m very lucky.) so I was quite nervous about making sure everything worked out okay, even though we were having just a handful of kids. Thankfully it was great. Zachary had a wonderful time and so did his friends. The coolest part — Zachary got to be a black belt for the day AND he cut his birthday cake with a REAL SWORD. Seriously, it was awesome.

The day after the party, we had a big delivery — we had ordered William a real bed. The crib that we had since Zachary was a newborn converted to a toddler bed, which Zachary used for a while, and then William used again as a crib and then again as a toddler bed since he was 20 months old. He’s going to be 2.5 next month, though, and has just been hating the toddler bed so much that he’s been preferring to sleep on the floor. So, it was time to get a twin bed for William.

Sunday morning, I took Zachary to Hebrew School, and William and I headed over to Target to pick out some new sheets and a comforter. He really wanted Mickey and Minnie sheets, but I had to order those on Amazon. I had him pick out something else – so he picked out a pattern with construction vehicles on it, his current favorite, along with a navy blue comforter.  While we were gone, Adrian disassembled the crib/toddler bed and took the changing table out of the kids’ room, since we didn’t have the space for it with a twin bed there.

As I was cleaning my house the other day, putting the pieces of the crib in the garage to await bulk garbage day, I realized the significance of getting William’s bed this week.

Here’s Z, loving his fish mobile at about 2 months old. 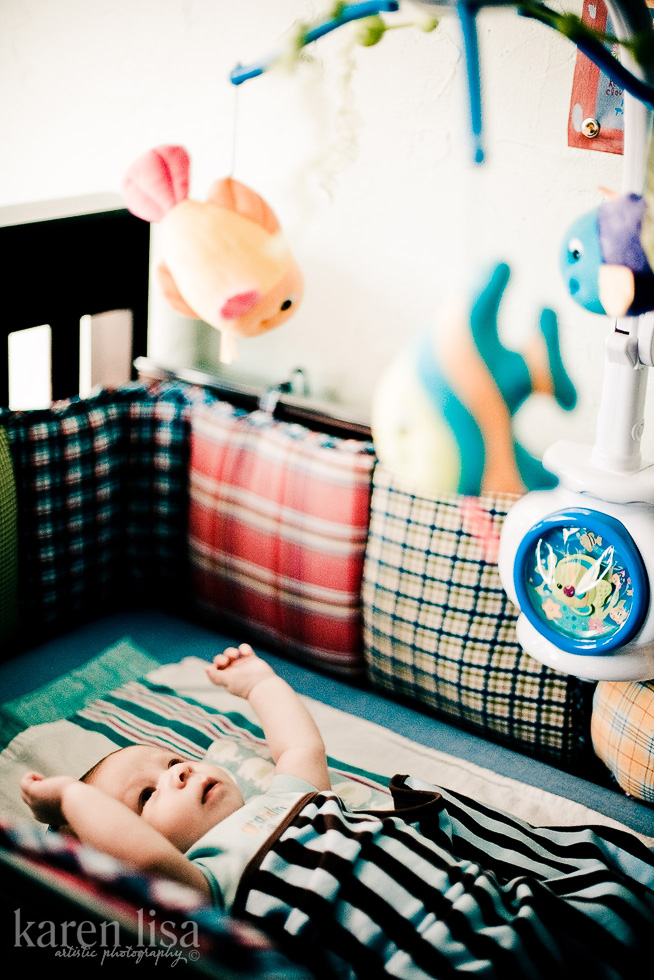 Then it was time for William to come. The crib came back out and was put back together. We moved Zachary into the room that was our office and put the crib next to his bed; the boys would be sharing a room. It warmed my heart that another baby would be using Zachary’s crib.

Here’s Will at about 6 months, loving his hot air balloons. 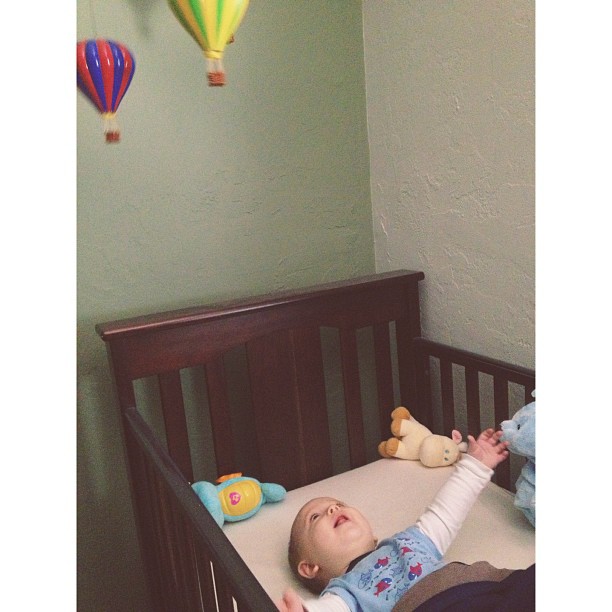 Now, EXACTLY SIX YEARS from the week that Adrian and I set the crib up for our first baby, it’s been taken down. It’s a drop-side crib (which has been banned), so I can’t give it away or sell it.

No more babies will use that crib. It’ll go out with the bulk trash at the end of the week. Which is just more than a little sad to me (the garbage part – we are happily done having kids).

Despite his new bed, last night, William crawled into my lap while I sat in the chair in the boys’ room at bedtime. He laid his head on my chest, snuggled into me, and let me rock him to sleep. I thought those days were long gone, and I suspect that may be the last time that I ever get to rock him to sleep again. He is so big now. I sat there for a long time, just trying to remember, to make the memory exist in my brain so that I don’t forget it.

Then I got up and put him in his bed.

I have two big boys now, in big boy beds.

Zachary will be six and just lost his first tooth. William is in a big boy bed now, and the crib/toddler bed that has been a constant in our house for the past six years is in pieces once again in my garage. Everything has a cycle. My little boys are growing up.

Lots of milestones this week for my boys, and for me, too.