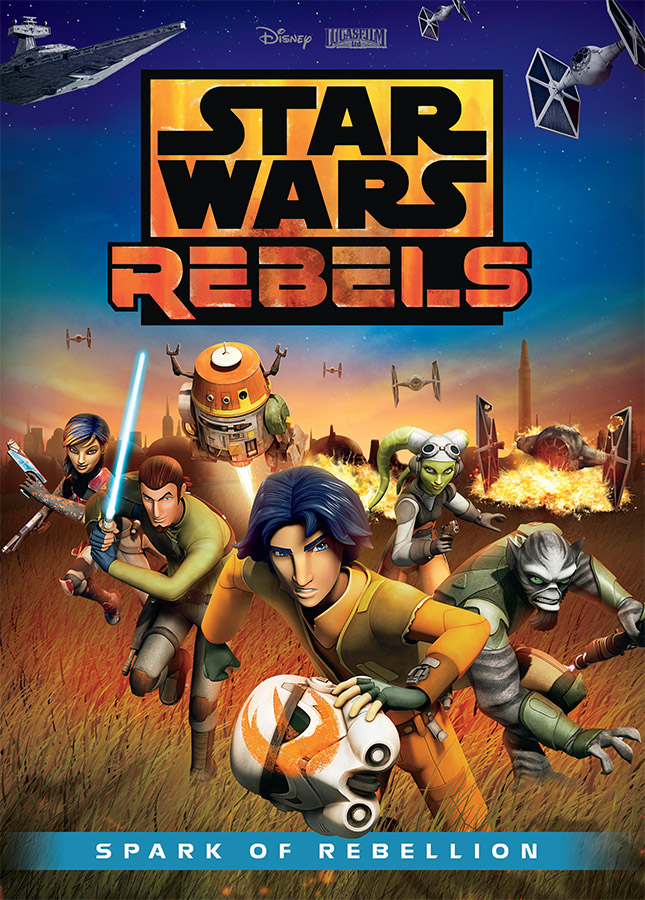 Wow, what a great event it was! In addition to the screening, there was face painting, a balloon artist, coloring stations for the kids, and character photo ops! It was so much fun! Adrian and I took Zachary for a special “Star Wars Day” while William stayed home to play with Mom-mom and Papa. Zachary had a great time getting his face painted, seeing the Storm Troopers, having balloon lightsabers made, and of course, watching the film!

This new Star Wars show takes place between the movies Revenge of the Sith and A New Hope. It is a time when all Jedis have been eradicated from the Empire… or so they think! Here is the official synopsis:

A Long Time Ago, In A Galaxy Far, Far Away….

Against the might of the Galactic Empire, an unlikely band of heroes emerges to renew the fight for freedom. Witness the epic debut of the riveting animated series Star Wars Rebels, in this one-hour movie event – showing on the big screen one time only!

The story unfolds during a dark time when the evil Empire is tightening its grip of power on the galaxy. Imperial forces have occupied a remote planet and are ruining the lives of its people. The motley but clever crew of the starship Ghost — cowboy Jedi Kanan, ace pilot Hera, street-smart teenager Ezra, the “muscle” Zeb, explosives expert Sabine, and cantankerous old astromech droid Chopper — is among a select few who are brave enough to stand against the Empire. Together, they will face threatening new villains, encounter colorful adversaries, embark on thrilling adventures and become heroes with the power to ignite a rebellion.

If you are a Star Wars fan, there’s no doubt that you will love Star Wars: Spark of the Rebellion and the cast of Star Wars Rebels. There is something to love about each character and I am thrilled that they have included two smart and confident female characters in this crew – hopefully even more girls will become curious about the show and learn how wonderful the Star Wars universe is.

As far as this new Star Wars universe – it has everything we have always loved about Star Wars – strange and interesting aliens, Tie Fighters and Star Destroyers, droids, and yes, lightsabers! We are entering a new age of Star Wars with a new generation of Star Wars fans. Star Wars Rebels has something for all of us – action, adventure, and moments that will tug at your heartstrings and maybe bring a tear to your eye. Zachary, Adrian, and I all loved it! It is perfect for children, but has plenty of that trademark trademark action, humor, and emotion that we are familiar with when watching Star Wars – I guarantee that parents will enjoy it, too!

Make sure you catch the movie premier October 3rd at 9pm (tomorrow night) on the Disney Channel.

The TV show premier airs on October 13 at 9pm on DisneyXD.

Here are some photos from the event:

Special thanks to Andrea at Moroch Entertainment for the opportunity to attend and review this film!