It’s been such a long time since I’ve done one of these posts. I just looked, and apparently, I haven’t done one since OCTOBER. That is ridiculous. I need to start doing them more frequently again.

It has been such a heck of a long week and I am hoping for a restful weekend. I thought I would look back on the past few weeks and remember some of the fun things that we did, since it’s been a stressful couple of weeks. 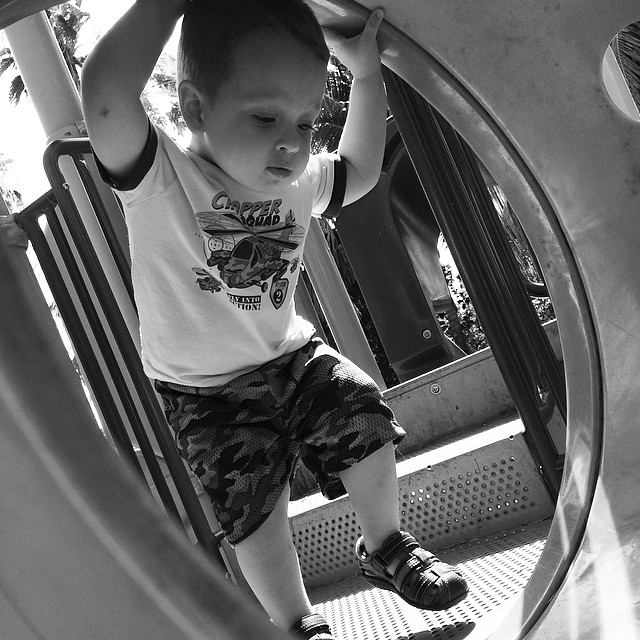 Will at the park. We met up with a new photographer friend of mine for a playdate at the park. Her son is three, so definitely a bit of an age gap, but Will is used to playing with his older brother and had a blast with my friend’s son. I had gotten to the park early, and took a few snapshots of William before my friend and her son arrived.

Makeup! I love my Urban Decay Electric Palette. I did my makeup for a mom’s night out with some girls from a local mom group on Facebook. My eyes were done with the Urban Decay palette, and I’m wearing a Lip Tar called Yaoi by Obsessive Compulsive Cosmetics on my lips. 🙂 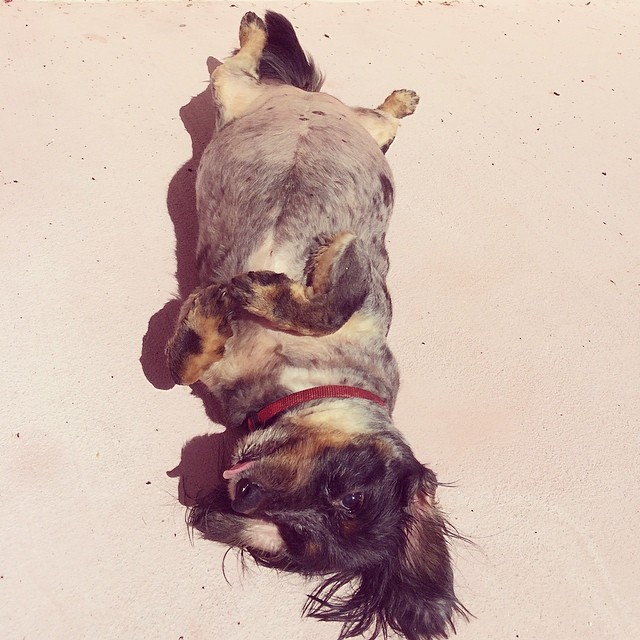 Maya, my frequently annoying but also very cute dachshund. My photographer brain took this picture and then thought, “doesn’t she look like she’s posing for a boudoir photo?” LMAO 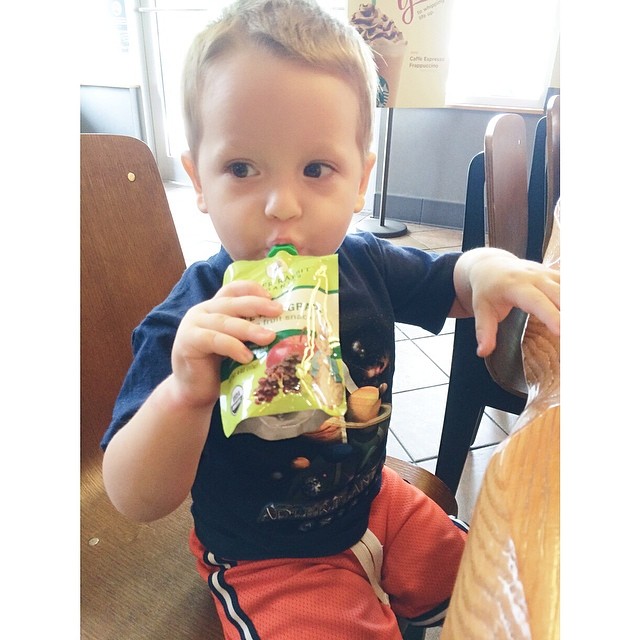 Here’s William after a checkup at the doctor’s. He had been sick with an ear infection, so we went for a follow up to make sure the antibiotics had done their job. After a bill of good health from the doctor, I stopped at Starbucks with him, and he picked out his own treat for the first time. He could have had anything, but he wanted a fruit pouch. Honestly, I think he just wanted this one because there is a bunny on the package. 🙂 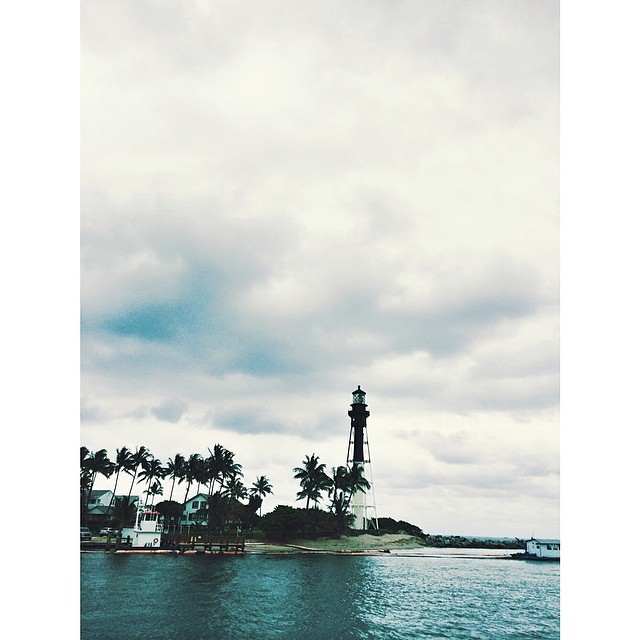 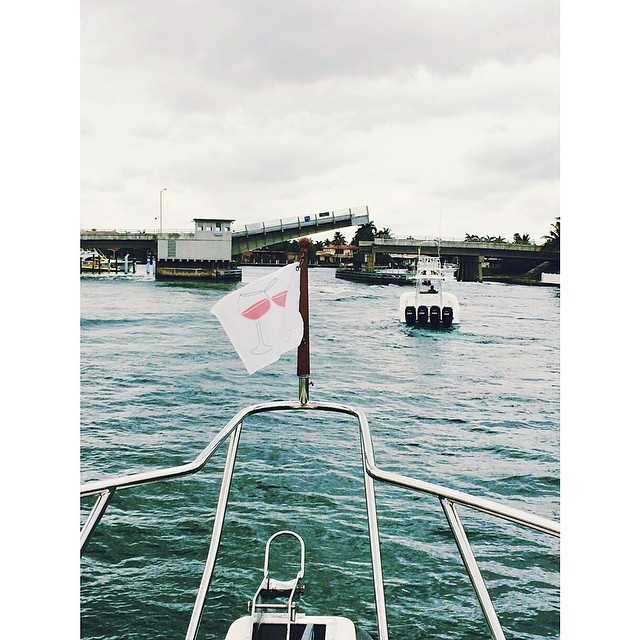 Last week, I shot a portrait session and part of the session was on a boat in the Hillsboro Beach area. It was so beautiful and relaxing on the water. I love when I have fun opportunities like that. Plus, I was doing photos for a friend and her family, so it was even more fun than usual. The two photos above were shot from the boat. 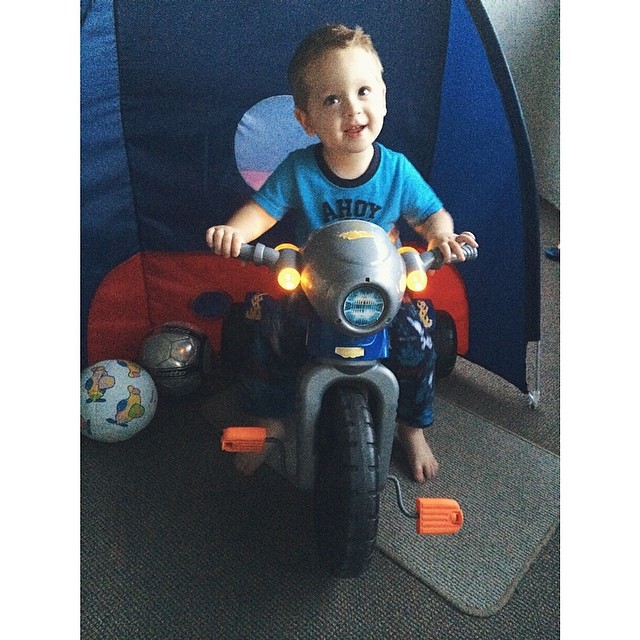 6am fun times with Will. He’s been getting up super early lately. I took the dog outside and he wanted to play in the Florida Room for a bit. How can you say no to that face? 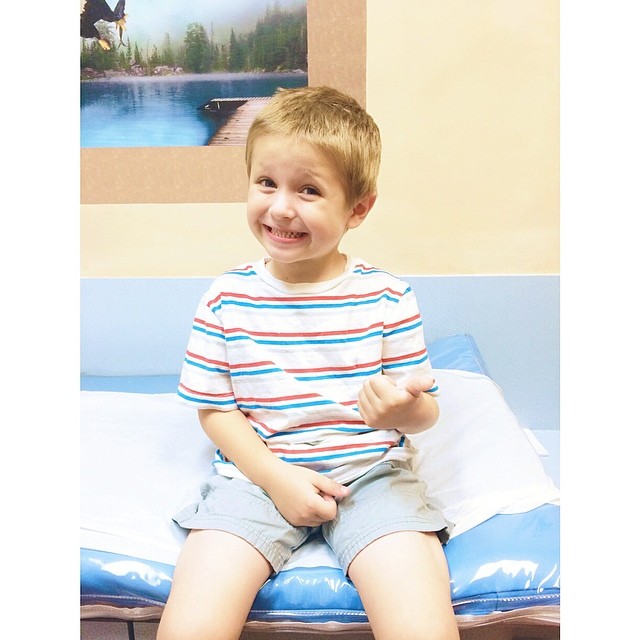 Zachary after his follow up doctor’s appointment the other day. He was so happy that the doctor said he was well enough to return to school and play with his friends! 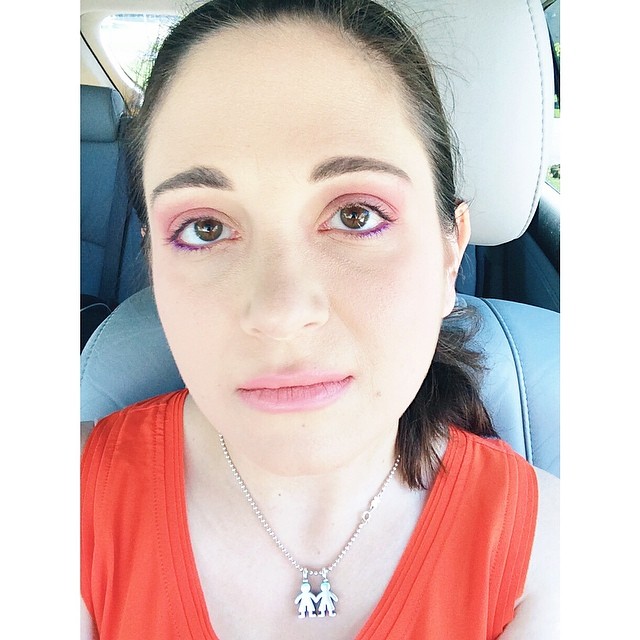 Me today. Super tired from being up practically all night long (up with Will from 3:30-5:30am, up with the dog at 6am, up for the day with both kids at 7am), but I got to my happy place by putting on my makeup and taking Will out for a trip to the mall to pick up a few necessities. I used the Electric Palette on my eyes, and I’m wearing another OCC Lip Tar, this one is called Hush. My purple eyeliner is also by Urban Decay and is called Asphyxia. I love it! Thankfully this afternoon, I managed a nap during the baby’s nap, and my BFF Amy helped me with the kids this evening. I seriously don’t know what I would do without her! Kids are now in bed, I’m writing and surfing the web, and soon hubby and I will watch some TV before heading to bed ourselves.