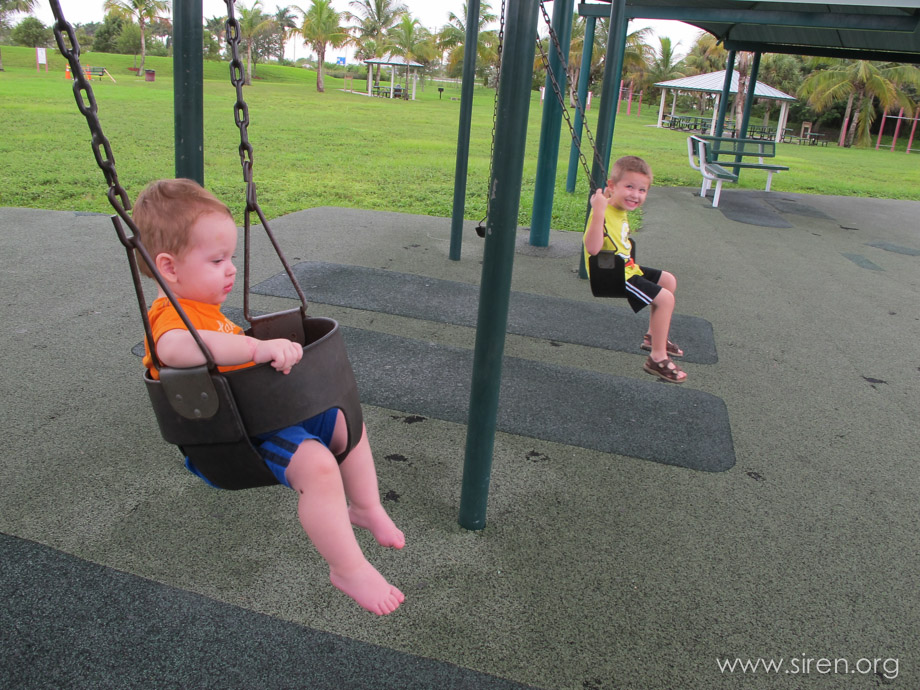 These pictures are old — they’re from September! But, I just finally downloaded the SD card from my point and shoot camera and was so happy to have found them! Adrian took them of the kids on a day that I was photographing a wedding. They went to Sunset Point Park in Tamarac that afternoon and as you can see from the photos, had loads of fun! It must have been especially nice since it looks like the park was empty that day, except for them!

I usually just post pictures of things I do with the kids, or things we do as a family, but I’ve been meaning to post pictures from times where Adrian has had the kids by himself, as well. He is a great, loving daddy, and the boys absolutely adore spending time with him. They had a lot of fun together at the park that day, as you can see by the photos below!