This year was our first year celebrating the 100th day of school. Zachary was given an assignment to count 100 of something and make it into a project. Not being a very crafty mom, I took to Pinterest to find something suitable. Zachary rejected all of the ideas that I found, but eventually I decided that we would make a giant cookie with 100 sprinkles on it, reminiscent of our favorite sprinkle sugar cookies from Publix.

I decided to put most of the project pieces together myself while Zachary was at school, and he helped me finish up once he got home from school. Since he was recently sick for a week, we lost some valuable time that we could have used, and it ended up being a little more last minute than I would have preferred.

To create the shape of the cookie, I found an old 16×20 piece of cardboard to cut into a circle shape. I colored it lightly with a brown crayon to give it some texture. Then, I picked out 10 pieces of colored construction paper and cut out the “sprinkles” – 10 bar shapes of each color. At first, I made the sprinkles too big, so I had to re-cut them.

As I started arranging the “sprinkles,” I realized that I could not get them laid out in a way that they could be easily counted by 10’s. I tried different ways of laying them out until I put them into a spiral. It occurred to me that it looked like a snail! 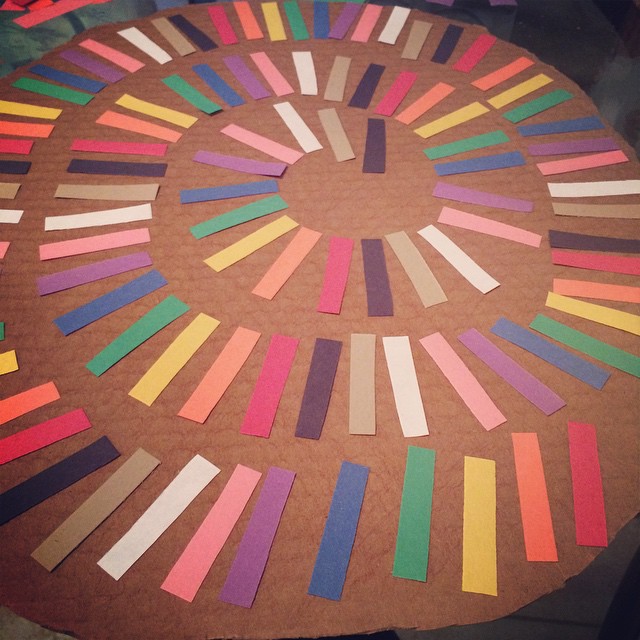 I grabbed some more cardboard and cut shapes of a tail, head, and antennae. I colored those pieces lightly with green crayon and set them aside.

Then I began to glue down the colors in the spiral. 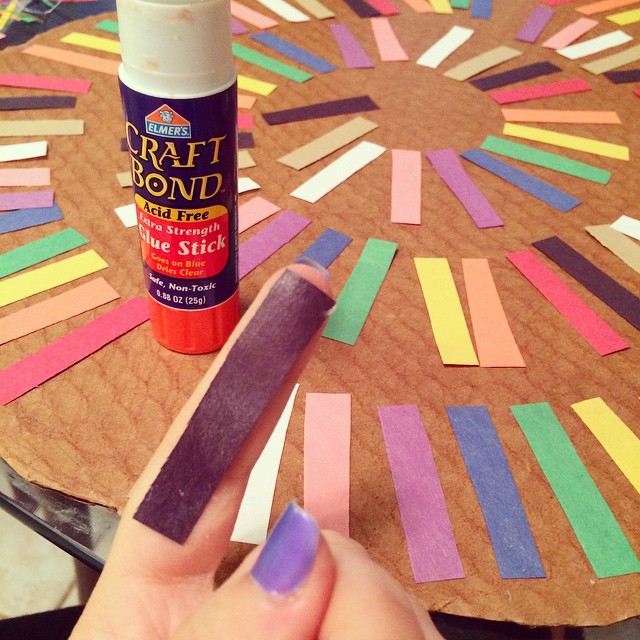 I cut eyes, a mouth, and tops for the antennae and set them aside. Zachary would help me glue them together when he got home from school. 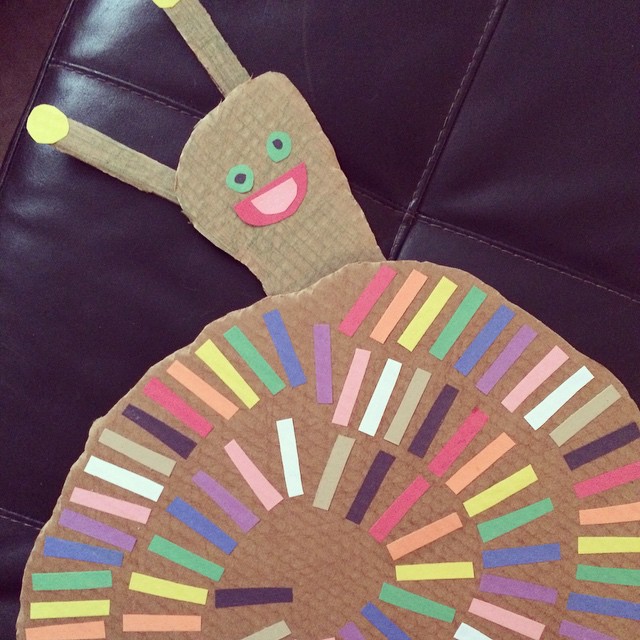 Here’s the finished product! Zachary did a great job gluing the rest of the pieces together and adding the number 100 in the middle of the “shell.” 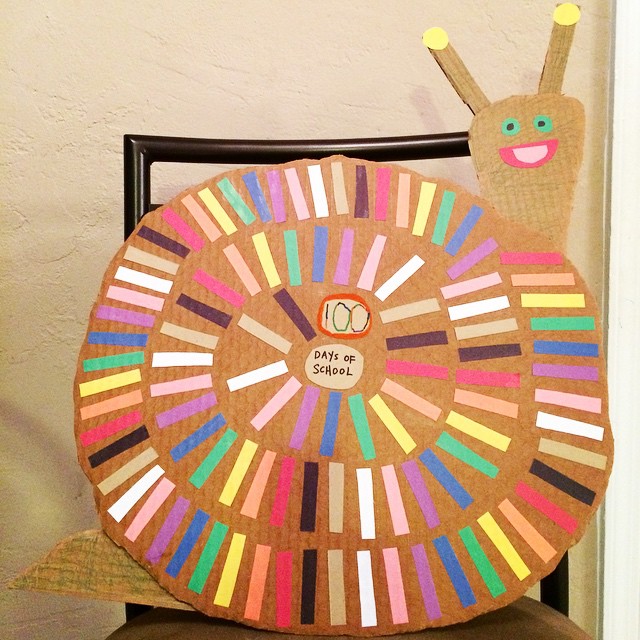 Here is Zachary after school on his 100th day, looking adorable! His teacher was so creative making these cute shirts for the children to wear. The children also got a bag of 100 pieces of candy to bring home, which of course, Zachary loved. We were happy to celebrate this special kindergarten milestone! 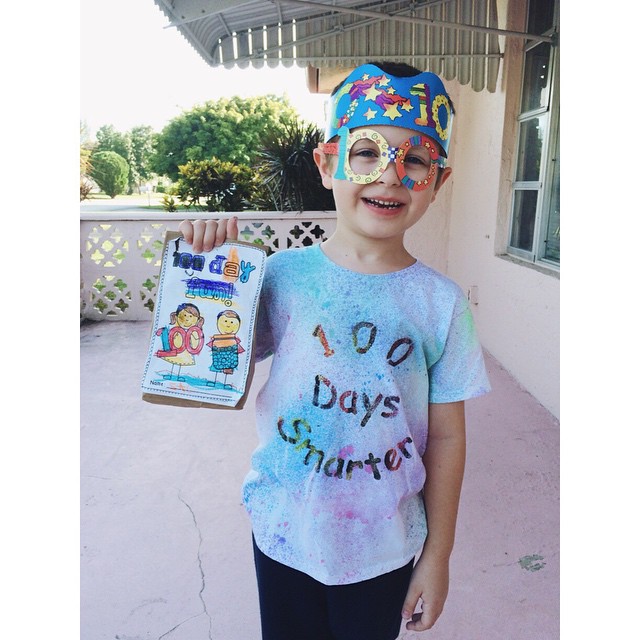