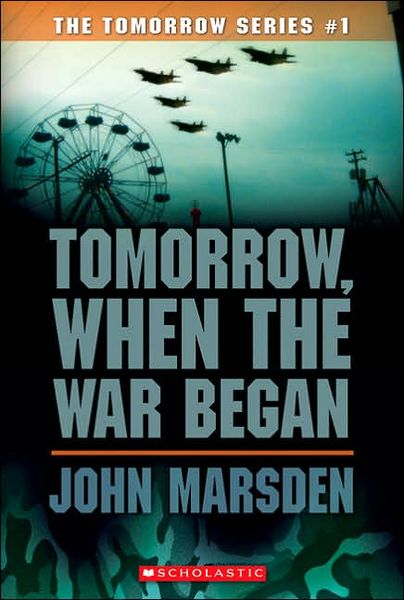 Buy at Amazon or B&N

So, I LOVED this book. I think everyone should read it. I recently saw the film and while I enjoyed it, it left me wanting more. I noticed while reading the film credits that it was based upon a book, so I went searching and was quite overjoyed to learn that it was a 7-book series!

Tomorrow When the War Began is coming of age story set in the middle of an invasion. A group of Australian teens sets off on a bush trip for a week before school begins and comes home to learn that the world will never be the same. Soldiers from a foreign country have invaded, and their family members have been rounded up.

The story is told by Ellie, one of the teens, and the narrator of the book. I was rather surprised that the story was written by a man. He really “gets” Ellie as a girl. She is a very well-written character to me. Her emotions, fears, loves, and joy are all very real.

The book is chock full of action and adventure with just a pinch of romance. It is an incredibly satisfying read with very little downtime. If you want a fast-paced book that’s filled with lots of crazy-dangerous activities as the group of teens fights back against the invaders, this is the book for you! I can’t wait to get the next books in the series.